We do hope that this selection of the best inspirational quotes about life can inspire and motivate you to not give up on life and yourself. Inspirational quotes can help to change one’s attitude for the better and in turn our well being and overall health.

It’s so true that life can be difficult and tough. We will all experience these days and it’s then we tend to forget what a gift that life is. When the going gets tough, it’s then so hard to remain optimistic.

Please enjoy and above all, we hope that they help you in some way, if you are having a hard time in your life, right now.   Please check out our   >>> Recommended Products  <<< .  FREE  Audios.  No obligation. Thank you. 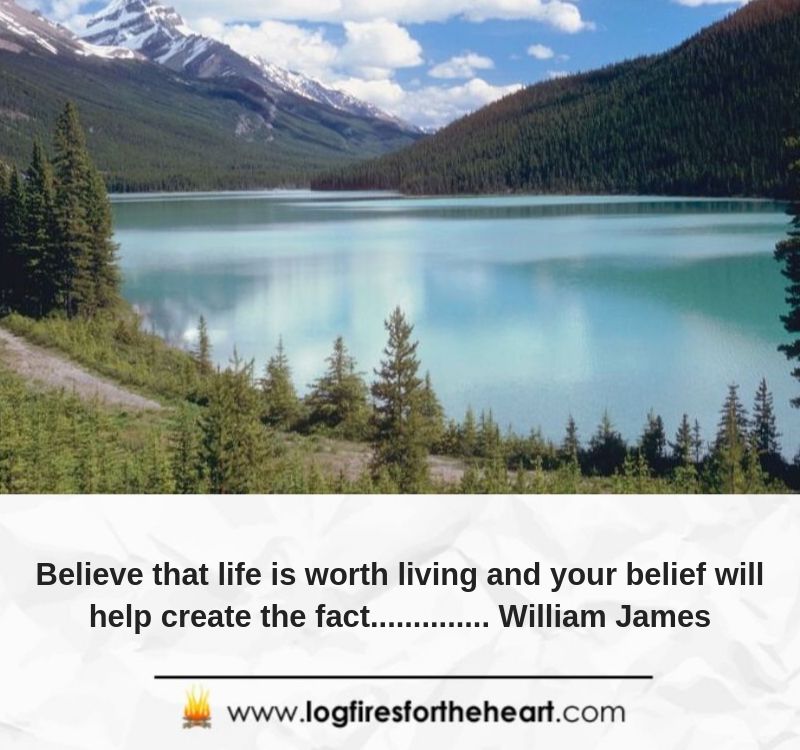 1). Believe that life is worth living and your belief will help create the fact………….. William James

3). Your time is limited, so don’t waste it living someone else’s life. Don’t be trapped by dogma, which is living with the results of other people’s thinking. Don’t let the noise of others’ opinions drown out your own inner voice. And most important, have the courage to follow your heart and intuition…………. Steve Jobs

Steve Jobs: – He was the co-founder, CEO, and chairman of Apple Inc. He has been recognized as a pioneer in the field of computers, bringing us revoluntary products such as the Apple laptop, iPad and iPhone. He was also chairman of the film company called Pixar, which was bought over by Disney. 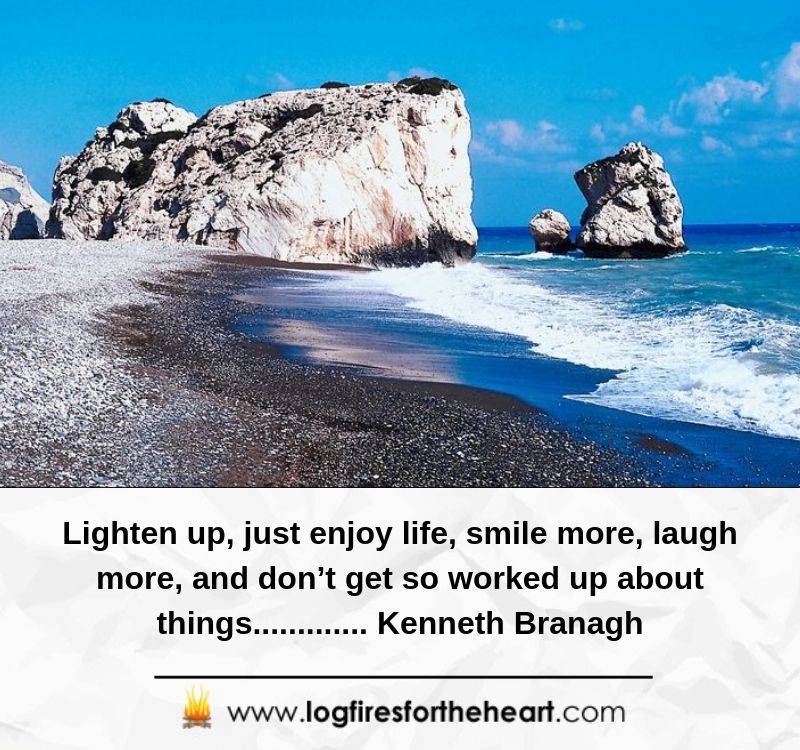 4). Lighten up, just enjoy life, smile more, laugh more, and don’t get so worked up about things…………. Kenneth Branagh

Kenneth Branagh: He is an actor, director, and screenwriter from Belfast, Northern Ireland. He trained at the Royal Academy of Dramatic Art in London. He has starred in numerous other films and TV series and was made a Freeman of his native city of Belfast. 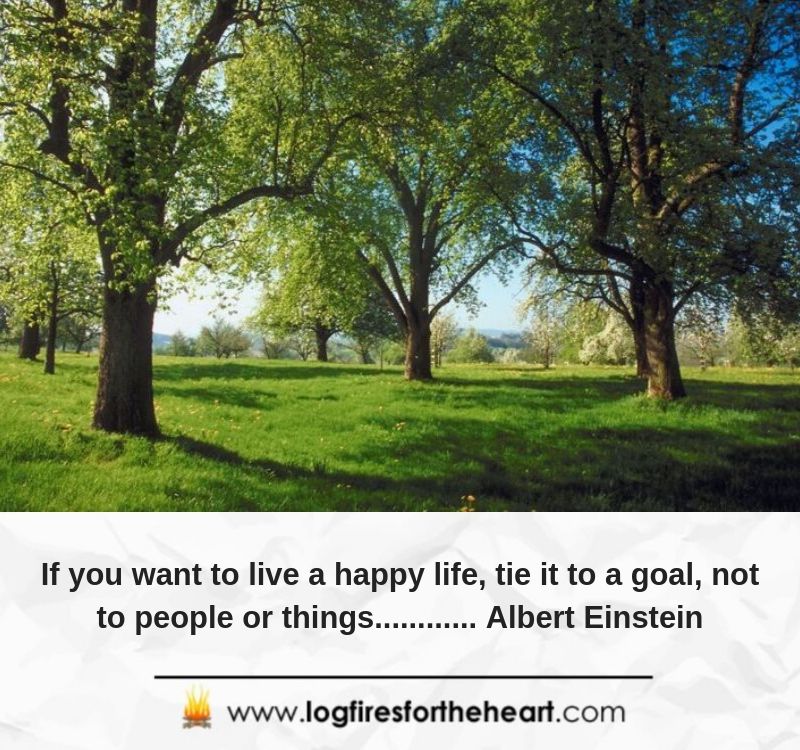 5). If you want to live a happy life, tie it to a goal, not to people or things………… Albert Einstein

Albert Einstein: He was a famous German-born physicist who was born in Ulm, Kingdom of Württemberg, in Germany. He developed the general theory of relativity which is one of the two major pillars of modern physics 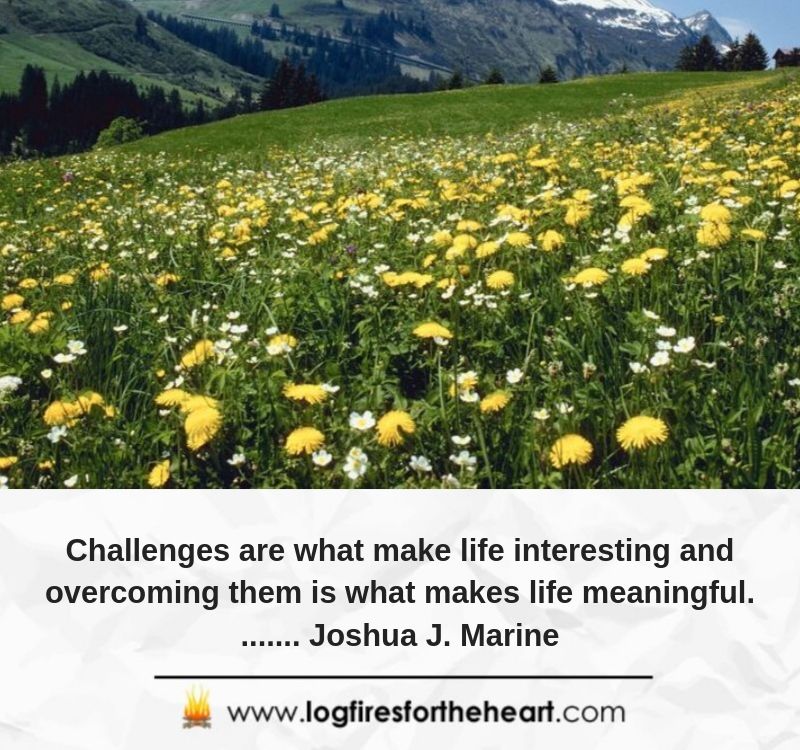 6). Challenges are what make life interesting and overcoming them is what makes life meaningful……… Joshua J. Marine 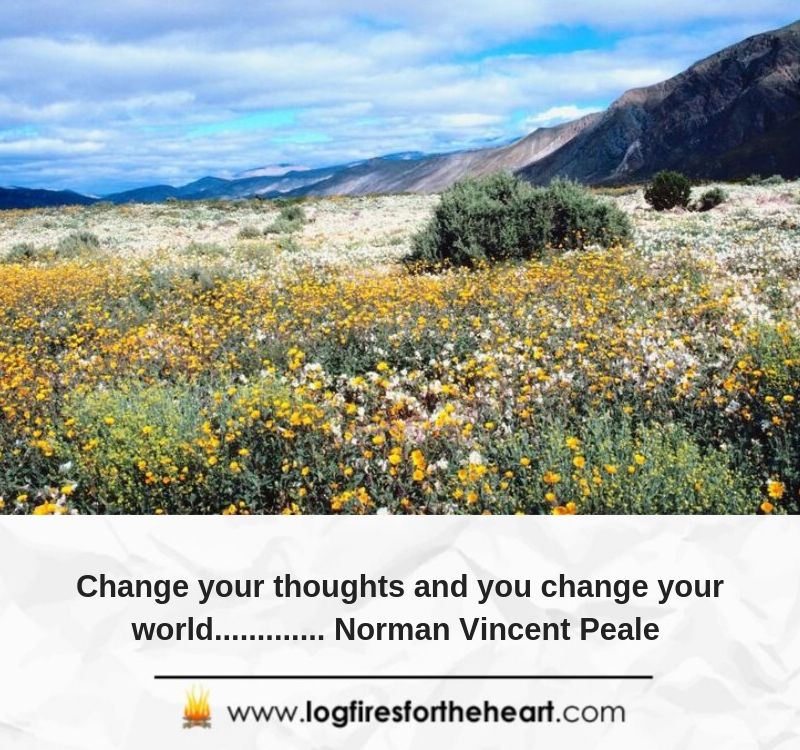 7). Change your thoughts and you change your world…………. Norman Vincent Peale

Norman Vincent Peale: – He was a religious leader, who was born in Bowersville, Ohio. He who developed a blend of psychotherapy and was best known for his popular book The Power of Positive Thinking and other writings. 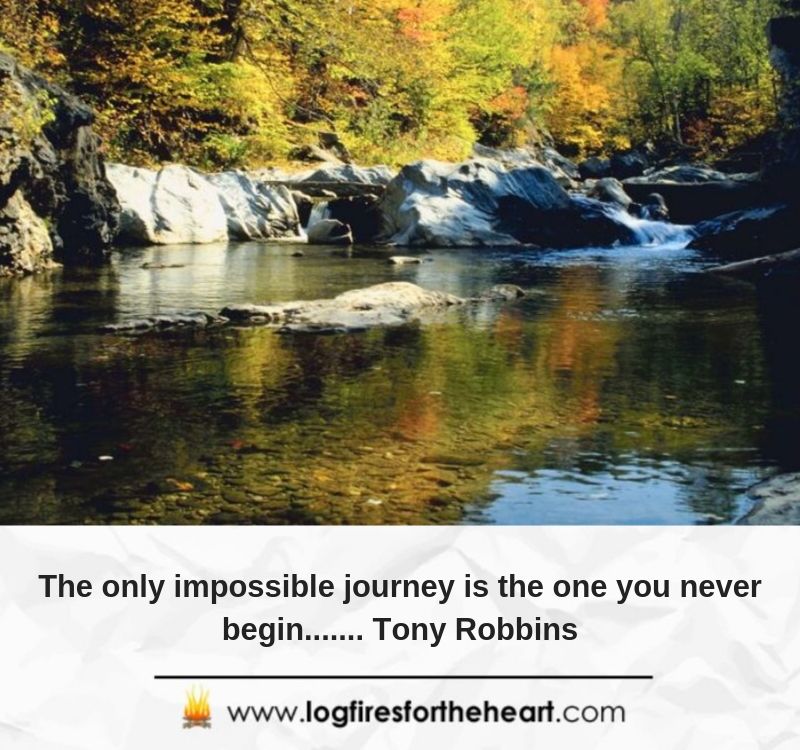 8). The only impossible journey is the one you never begin……. Tony Robbins

Tony Robbins: He is a famous American life coach, author, and philanthropist, who was born in North Hollywood, California. Best known for his seminars, and self-help books including the popular ” Unlimited Power”. 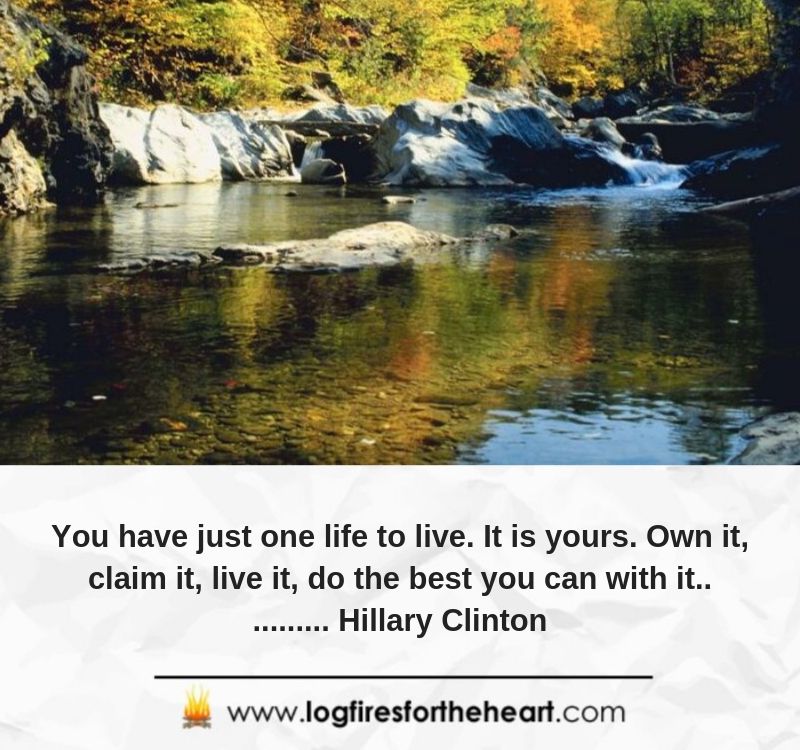 Hillary Clinton:  She is a famous American politician, diplomat, writer, and public speaker, who
was born in Chicago, Illinois. She became a United States senator, the First Lady of the United States and the Secretary of State, during her political career. In addition, she became the first woman to receive a presidential nomination of the Democratic party. 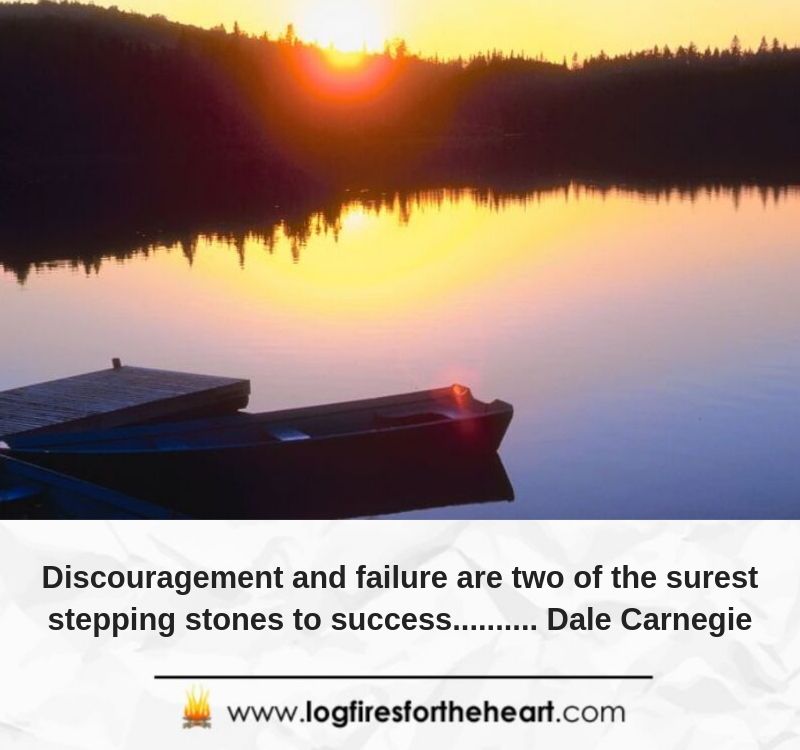 10). Discouragement and failure are two of the surest stepping stones to success………. Dale Carnegie 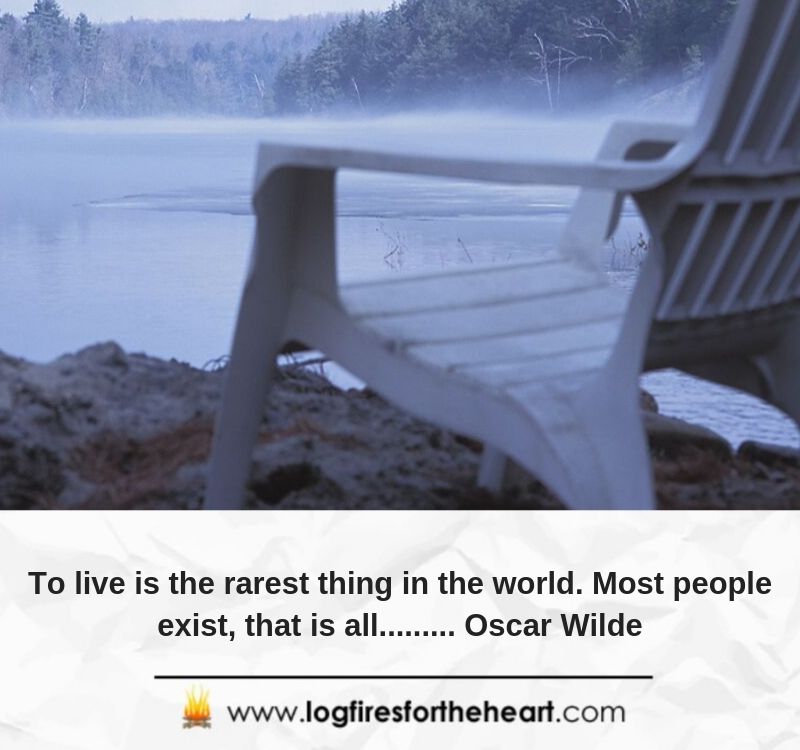 11).  To live is the rarest thing in the world. Most people exist, that is all……… Oscar Wilde

Oscar Wilde: He was an Irish playwright and poet, who was born in Dublin, Ireland. He became one of London’s most popular playwrights of his time. He is best remembered for his novel The Picture of Dorian Gray.

Michael Jordan: He was born in Brookland, New York in 1963 and is a former famous basketball player. He is now recognized as being one of the greatest players in his sport of all time. 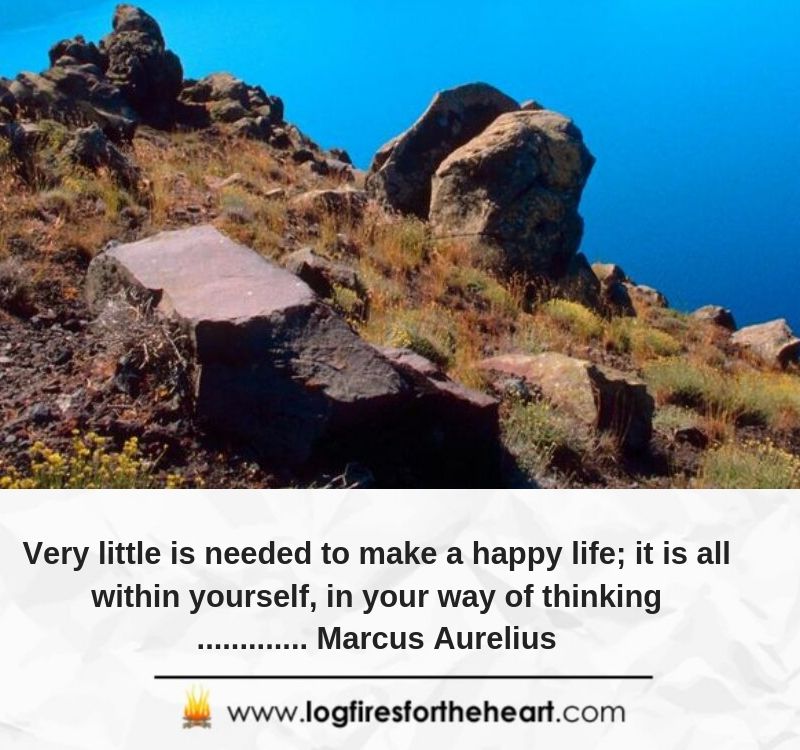 13). Very little is needed to make a happy life; it is all within yourself, in your way of thinking…………. Marcus Aurelius 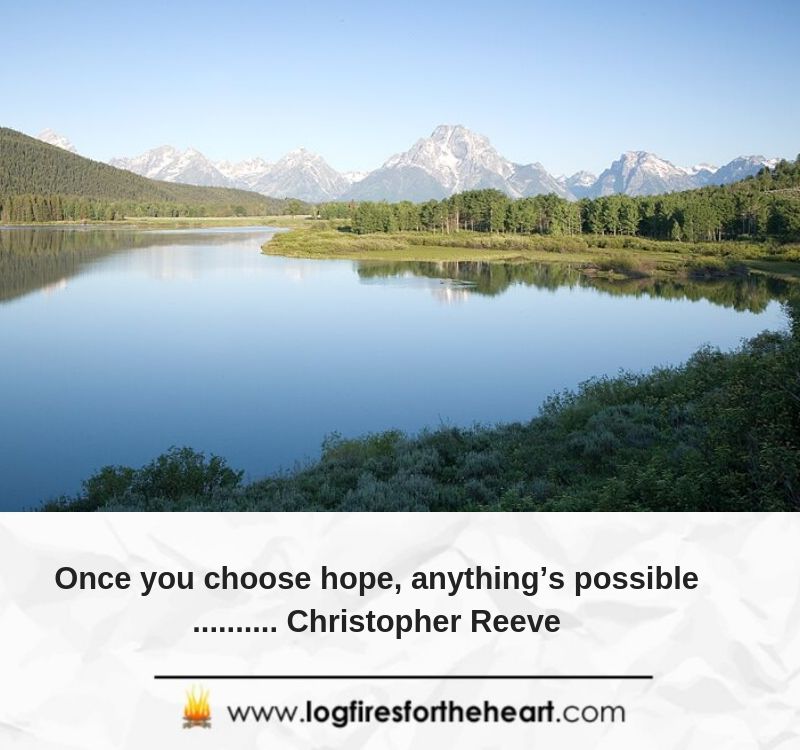 Christopher Reeve: He was an American actor, who was born in New York City, New York. He was best known for playing the DC comic book superhero Superman, for which he won a BAFTA Award. 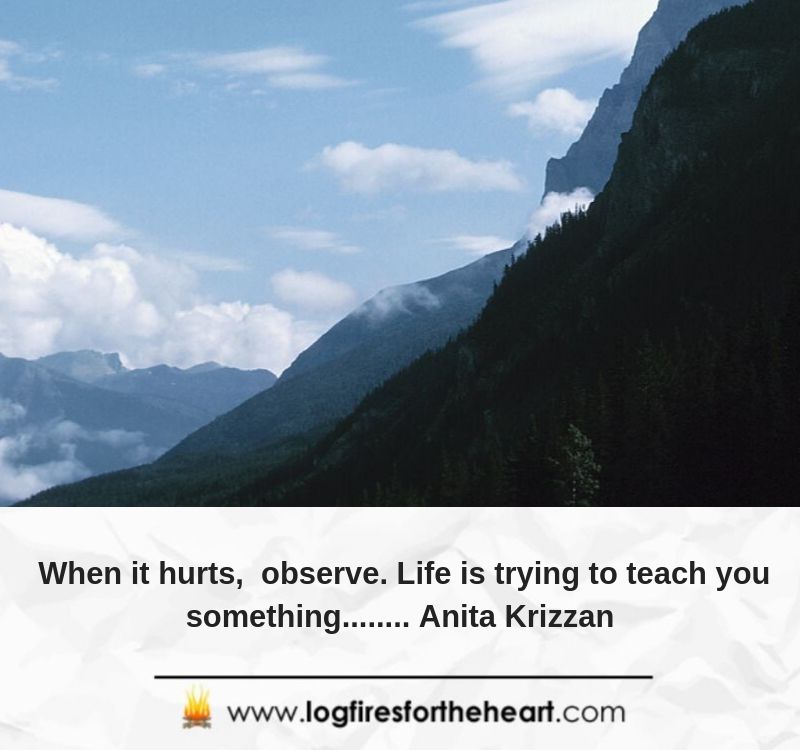 15). When it hurts, observe. Life is trying to teach you something…….. Anita Krizzan 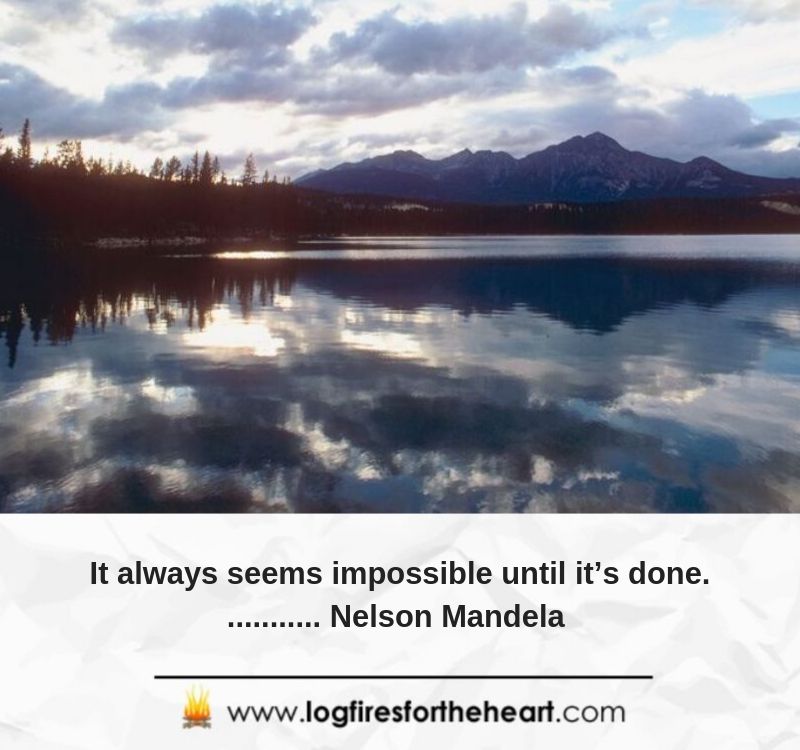 Nelson Mandela: – He was South Africa’s first black head of state who was born in Mvezo, Cape Province, South Africa. He was the first elected in a fully representative democratic election and served as President of South Africa for 1994 to 1994. He was also an activist for peace and a philanthropist. 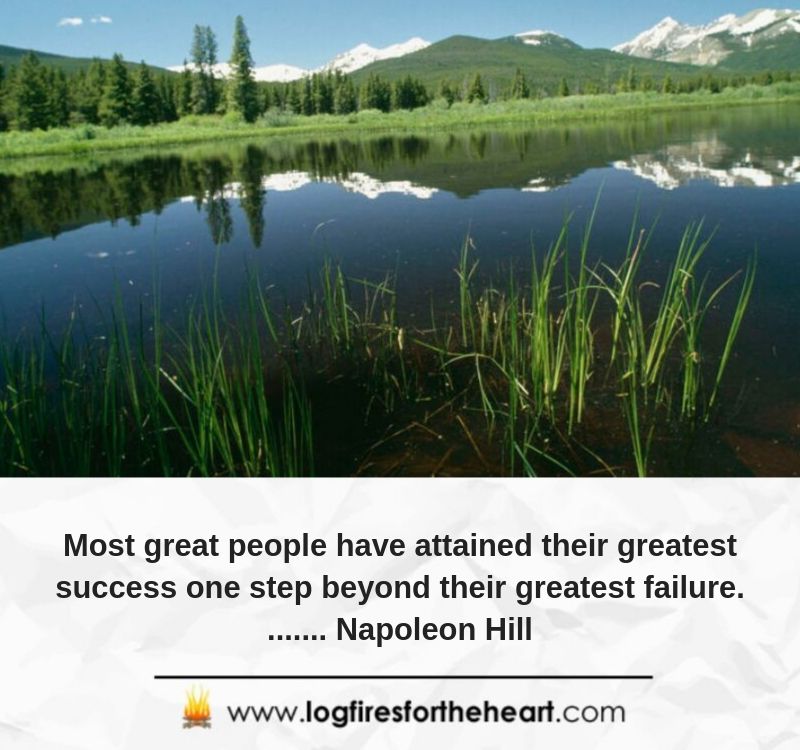 Napoleon Hill: – He was an American self-help author, who was born in Pound, Virginia. He is considered to have influenced more people into success than any other person in history and is best known for his classic book “Think and Grow Rich “ 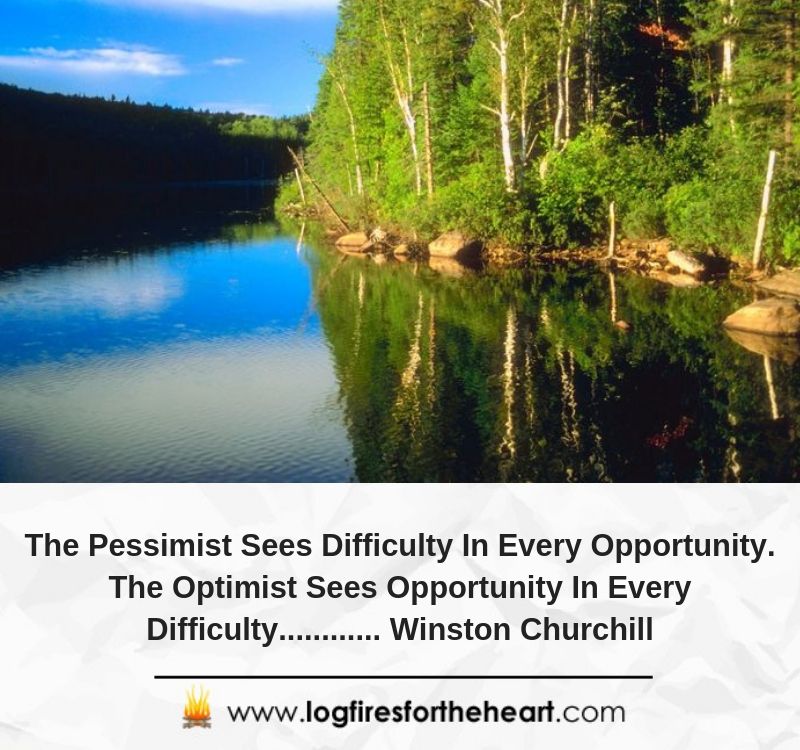 Winston Churchill: Churchill: He was a British politician and write, who was born in 1874 in Blenheim, Oxfordshire, England. He was the British Prime Minister during World War II and was famous for his leadership during this significant period. He won the Nobel Prize for Literature.

Vince Lombardi: – He was one of the most successful football coaches in the history of the game. He was born in Brooklyn, New York and his penchant for winning and doing one’s best left a strong imprint on the game, as well as on players and fans. 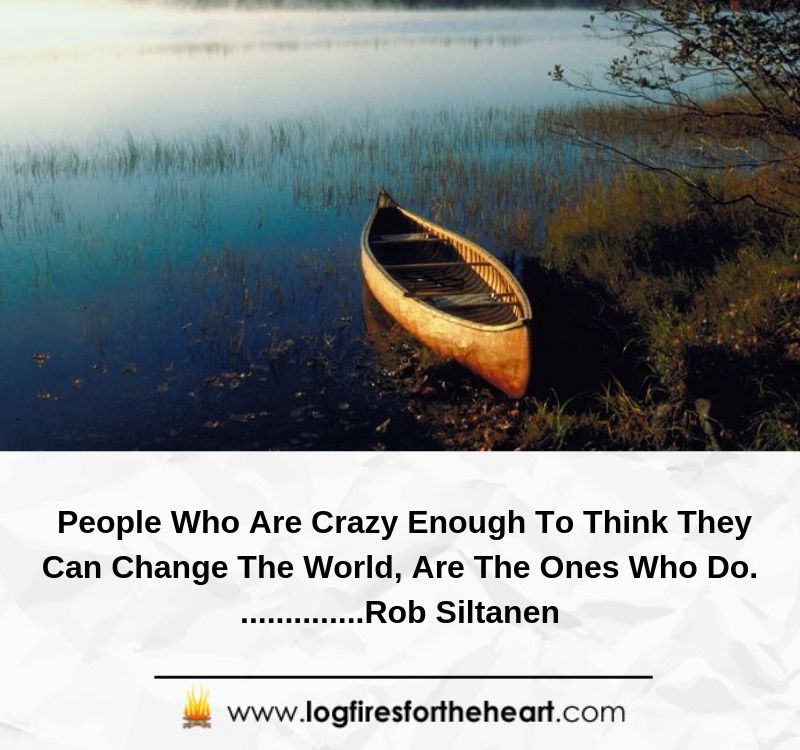 20). People Who Are Crazy Enough To Think They Can Change The World, Are The Ones Who Do……………Rob Siltanen 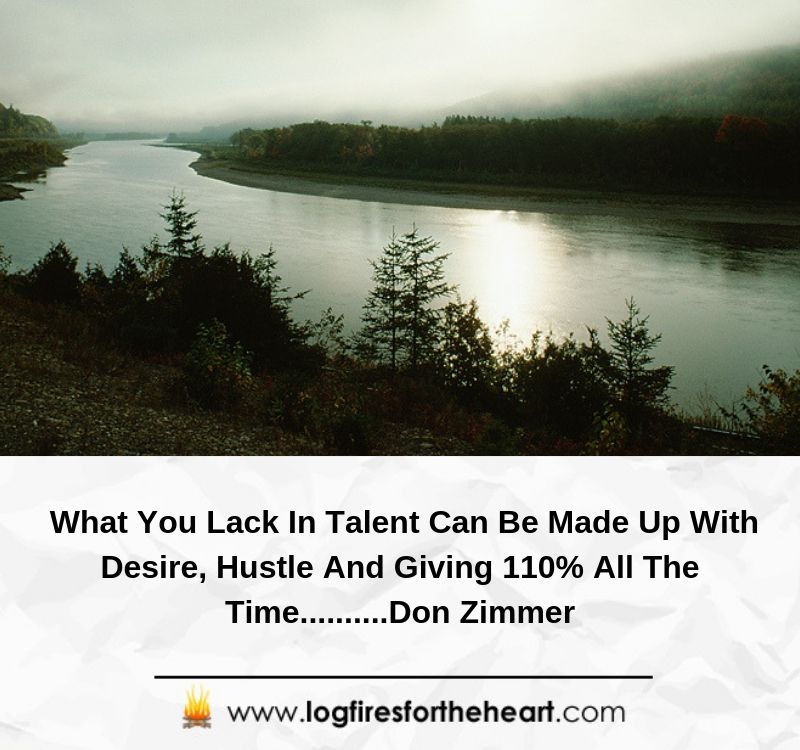 Don Zimmer: He was an American infielder and coach in Major League Baseball, who was born in Cincinnati, Ohio. He was involved in professional baseball for a period of 65 years.

22). Don’t worry about failures, worry about the chances you miss when you don’t even try…………….. Jack Canfield

Jack Canfield: He is an American author, entrepreneur and motivational speaker, who was born in Forth Worth, Texas.   He is best known as the co-author of the Chicken Soup for the Soul series, which has more than 250 titles and has sold 500 million copies in print in over 40 languages. 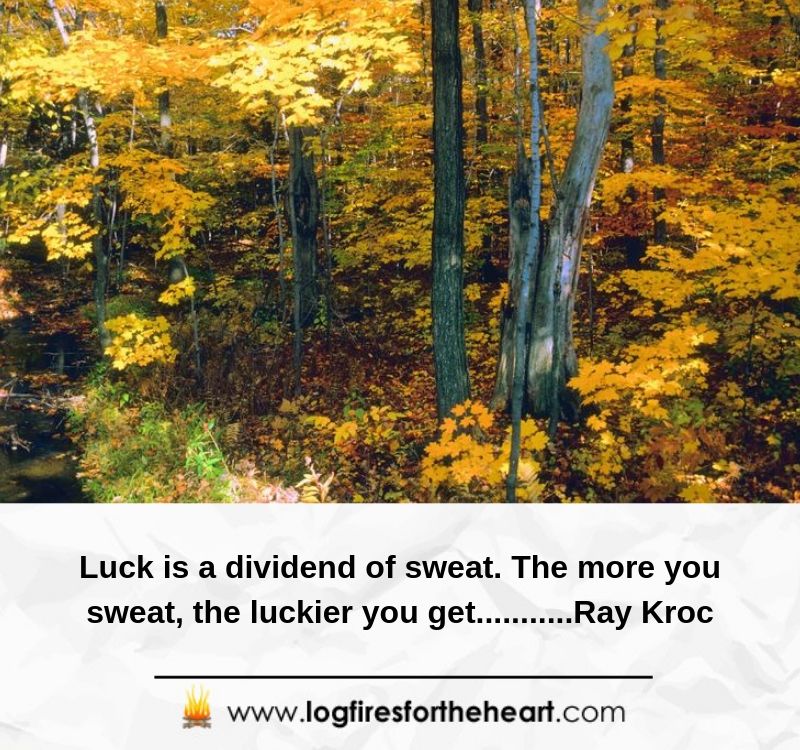 Ray Kroc:  He was a was an American fast-food tycoon, who was born in Oak Park, Illinois. He is best known for making McDonald’s, the most successful fast-food corporation in the world. He was included in Time’s 100: The Most Important People of the Century. 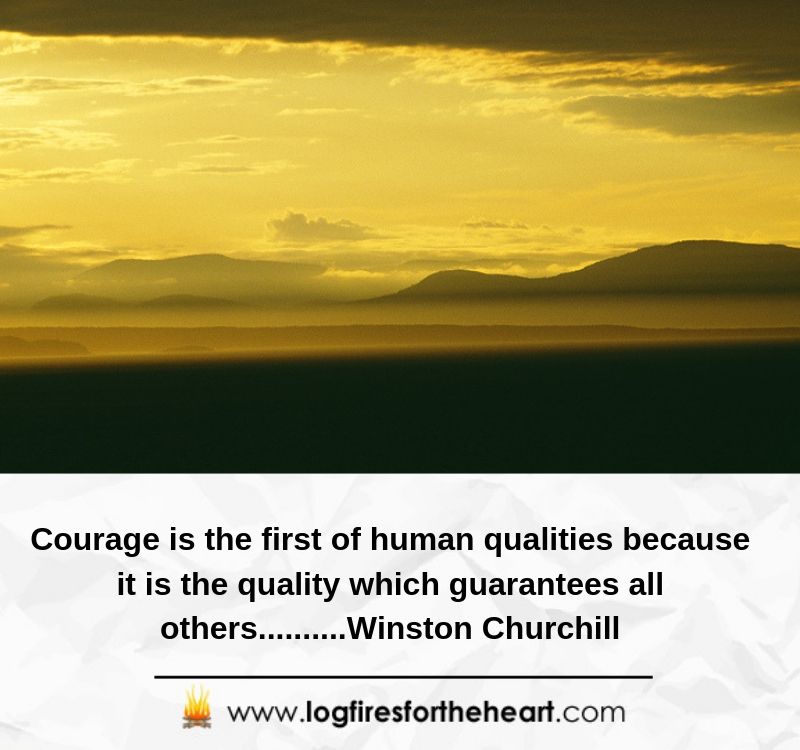 24). Courage is the first of human qualities because it is the quality which guarantees all others……….Winston Churchill

Winston Churchill: He was a British politician and writer, who was born in 1874 in Blenheim, Oxfordshire, England. He was the British Prime Minister during World War II and was famous for his leadership during this significant period. He won the Nobel Prize for Literature. 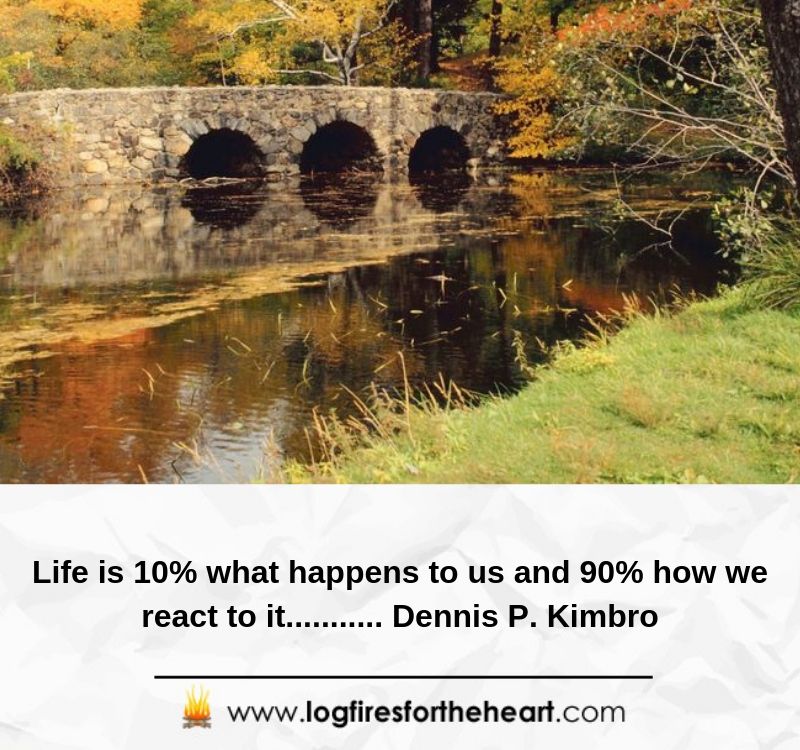 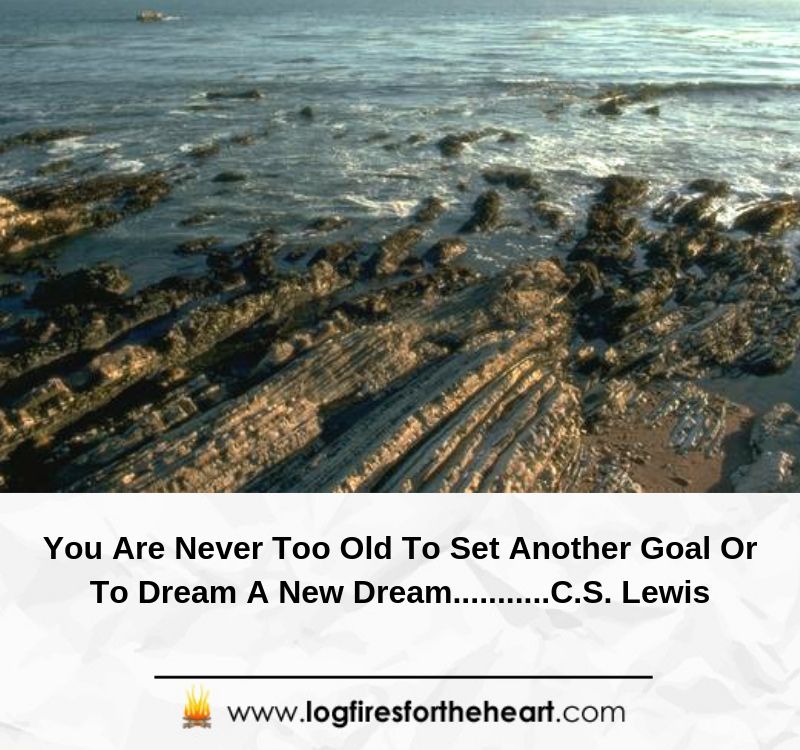 C.S. Lewis: He was a theologian and a writer, who was born in Belfast, N. Ireland. He worked at Oxford and Cambridge universities. He is best known for his non-fiction works such as The Chronicles of Narnia and The Space Trilogy.

27). We Generate Fears While We Sit. We Overcome Them By Action……… Dr. Henry Link