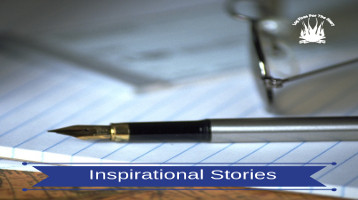 Here is another inspiring real-life short story, which I hope will inspire you towards your own dreams. No goal or dream of value is easy to obtain and the path is usually hard and at times seems impossible.

When Anthony Robles was born on the 20th of July in 1988, his mother Judy was just aged 16, the doctors were not prepared and also could not offer an explanation on why her son had only one leg.

His Mom Gave Him A Belief:

However, his mom gave him the belief that there was a reason for him to be born this way.  It took him 14 years to realize the reason for his disability and that was when he tried out for the wrestling team in Mesa Arizona.

However, his first year was actually terrible. He weighed in at a whopping weight of 90 pounds. Without a doubt, he agreed that he was the worst wrestler and finished in last place in the wrestling tournament in Mesa.

With such a start, most people and it was understandable, believed that he could not excel in such a sport as wrestling which was so demanding.

Excelled In His Sport:

Nevertheless, with the support of his coaches and his family, he believed that he would become a champion wrestler one day. With this support and his belief, he went to finish with an unbelievable record of 96-0.

There were many obstacles along the way, but he became a high school champion and an Arizona State champion twice over.

However, despite his impressive record, he found that college programs did not believe that he could step up to the next level.

If you’re an underdog, mentally disabled, physically disabled, if you don’t fit in, if you’re not as pretty as the others, you can still be a hero. ……………….Steve Guttenberg

They presumed that because he was too small and had only one leg he couldn’t compete with the best wrestlers in college. However, I believed that I do achieve anything that I set my mind to, because of my mom.

Therefore I went to the wrestling team at Arizona State University and prove to them that I could step up.

Through hard work and trials, I finished as the 2011 NCAA National and the 3-time All-American champion. He continues daily with his positive belief that he is unstoppable.