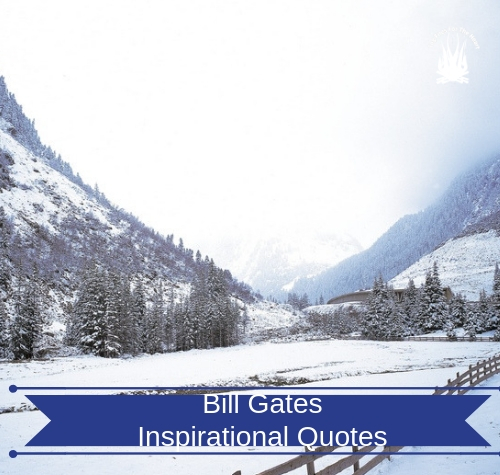 Bill Gates is an American business magnate, investor, who was born in Seattle, Washington. In 1975 he and Paul Allen founded the Microsoft Corporation, which grew to become the world’s largest PC software company. He is a great philanthropist and humanitarian who is using his vast wealth to do great things.

Don’t compare yourself with anyone in this world…if you do so, you are insulting yourself…Bill Gates

As we look ahead into the next century, leaders will be those who empower others….Bill Gates

I believe that if you show people the problems and you show them the solutions they will be moved to act……..Bill Gates

The belief that the world is getting worse, that we can’t solve extreme poverty and disease, isn’t just mistaken. It is harmful……Bill Gates

Be nice to nerds. Chances are you’ll end up working for one………Bill Gates