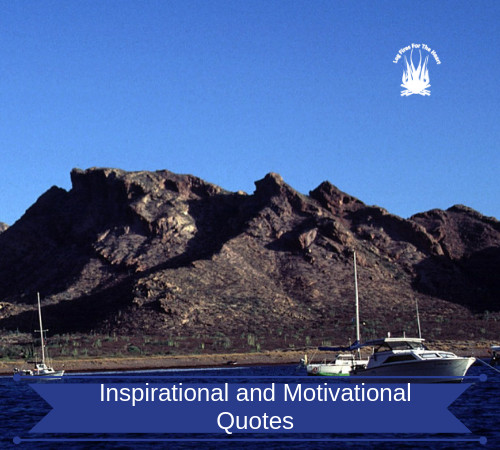 We are always looking for inspirational quotes from successful people, whom we admire. You will find them below.  Doses of inspiration because they make me feel better and try harder when things are not going well for me and when I feel like giving up on my goals and myself.

Remember, we will all hit roadblocks in our lives, whether financial, relationship, or family problems. None of us can escape them. It’s at times like this that we need some help or guidance to help get us through.

From someone who I admire so much for her positive and uplifting attitude to life and that person is Oprah Winfrey. She is also an avid dog lover.

She was born into poverty to a teenage single mother in rural Mississippi and moved later on to an inner-city Milwaukee neighborhood.

Raped at age nine and became pregnant at 14 but her son died in infancy. However, she took responsibility for her own life and made good and also has helped so many people along the way.

Another of my heroes is Brian Tracy. He taught me so much about the importance of goals and persistence. I keep going back to his work.

Another reason I admire him is that he literally pulled himself up from nothing to become who he is today. The highly respected and motivational speaker is much sought after.

One of my favorite Brian Tracy quotes is the one about goals. It should give us all hope as it does me.

An average person with average talent, ambition and education, can outstrip the most brilliant genius in our society if that person has clear, focused goals……………. Brian Tracy

There are many inspirational leaders I admire and one of them is Steve Jobs, who was best known as the co-founder, chairman, and CEO of Apple Inc.  Unfortunately, he is no longer with us due to his untimely death in 2011 from pancreatic cancer in 2011.

In a rare interview by his wife she is reminded of him everywhere she goes when she uses an iPhone or watches a video on iPad.

She says of her husband “To do what you want to do, to leave a mark that you think is important and lasting, that’s a life well-lived.”  No one can deny this of Steve Jobs.

Your time is limited, so don’t waste it living someone else’s life. Don’t be trapped by dogma – which is living with the results of other people’s thinking.  Don’t let the noise of other’s opinions drown out your own inner voice. And most important, have the courage to follow your heart and intuition. …………….Steve Jobs

Michael Jordan is an American former professional basketball player, known as MJ (Michael Jeffery). He was born in Brookland, New York in 1963  He is now recognized as being one of the greatest players of his sport of all time.

He is a well-known entrepreneur and chairman of the Charlotte Bobcats.

I really love his quote about failure. It’s okay to fail. You have to fail on the road to success.

She was the longest-serving First Lady in office in the USA when her husband Franklin D Roosevelt spent four terms as president from 1933 to 1945.

She was much loved and in the quote below I identify with, telling us all that bullying or being criticized unfairly, should not be put up with.

We deserve to be treated fairly and with respect, so do always remember this Eleanor Roosevelt quote.

No one can make you feel inferior without your consent…….Eleanor Roosevelt

This Denis Waitley quote is such great advice for life. Basically, you need to accept 100% for your life.

He has written sixteen books and you can also find many of his work on numerous audio lectures.

Throughout his life, he has helped numerous people get more out of life. From pows to astronauts to top executives in Fortune 500 companies.

There are two primary choices in life: to accept conditions as they exist, or accept the responsibility for changing them…………….. Denis Waitley

Just to remind you again, you need to accept 100% responsibility for your own life.  You will then have control and it will go a long way to help you find the success and happiness you deserve.

I forgot this important advice, along the path of my own life and have now rediscovered it again.

If you take only one thing on board from this website, then please implement this advice into your life now.

If your happiness depends on what somebody else does, I guess you do have a problem……….. Richard Bach