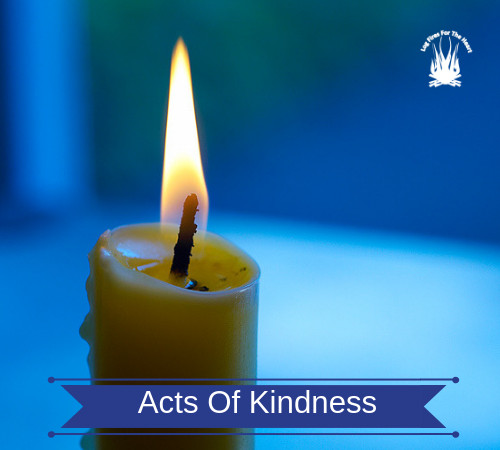 We here at Log Fires For The Heart, do love random acts of kindness stories because when you read or listen to the news, it is nearly always negative. The aim of the site is to spread some positive news instead of stories like the one below.

This story comes from Port Elizabeth in South Africa and concerns a couple who were having a meal in a restaurant. In fact, it was their 50th wedding anniversary, which was made extra special, because through a random act of kindness, from a customer who paid for their meal in full.

A man who was out in the same restaurant with his family, could not help notice the couple. They were smiling and being friendly with the staff and other customers.

He then asked the waitress to bring the couple’s bill to him, when they asked for it, which she did. He then paid it in full and wrote on the slip ” Kindness costs nothing, have a good day.”

The couple then wanted to know who had done this generous act of kindness for them, but the waitress and other staff kept the secret, as he had requested.

The couple left the restaurant smiling, with the man’s wife drying tears of joy. The husband had put money aside in order to take his wife out for a special meal. What happened in the restaurant then made it that more special.

The man who performed the act works for a company that believes in paying it forward like randomly paying for someone’s meals.

Ellen DeGeneres: She is an American television host, actress, producer, and LGBT activist who was born in Metairie, Louisiana. She starred in the popular sitcom called Ellen and has hosted her long-running syndicated TV talk show, The Ellen DeGeneres Show.