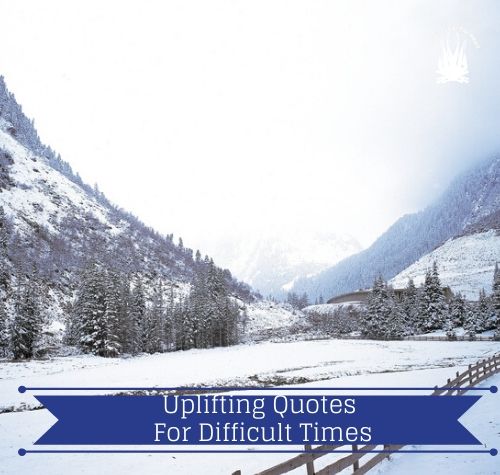 Life has a way of kicking us when we’re down. And just when we think we can’t fall any lower, we get kicked again.  We do hope that these great uplifting quotes for difficult times, will inspire you never to give up on yourself or on life.

It’s very important to remember that failures and setbacks are a part of life for all of us. Life can be painful and tough at times, especially when we appear to get kicked again and again.

1):  A successful man is one who can lay a firm foundation with the bricks others have thrown at him…….. David Brinkley

David Brinkley: He was an American newscaster for ABC and ABC, who was born in Wilmington, North Carolina. He co-anchored The Huntley–Brinkley Report, top-rated nightly news program with Chet Huntley and later on NBC Nightly News. He received ten Emmy Awards and the Presidential Medal of Freedom. 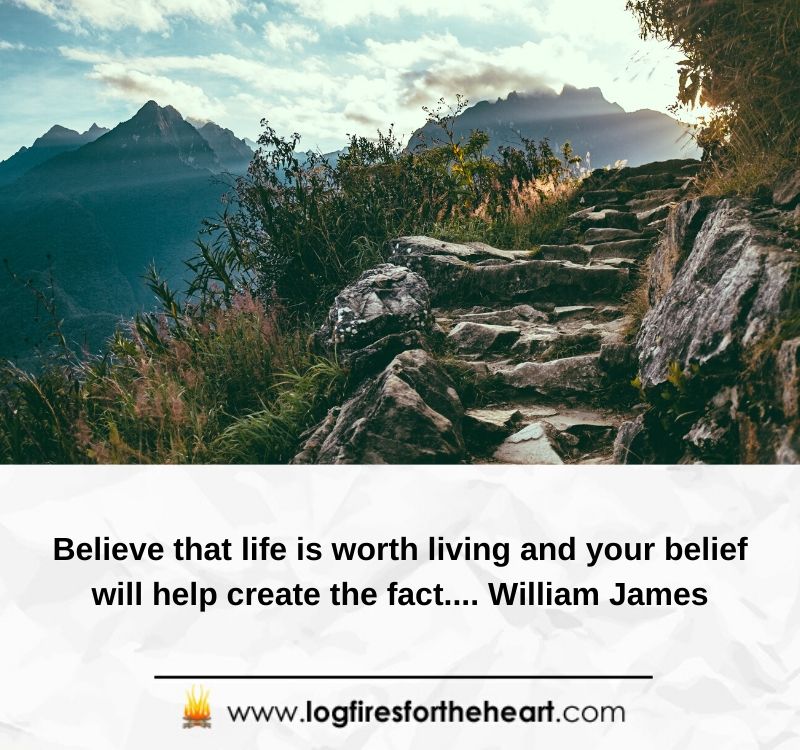 2):  Believe that life is worth living and your belief will help create the fact… William James 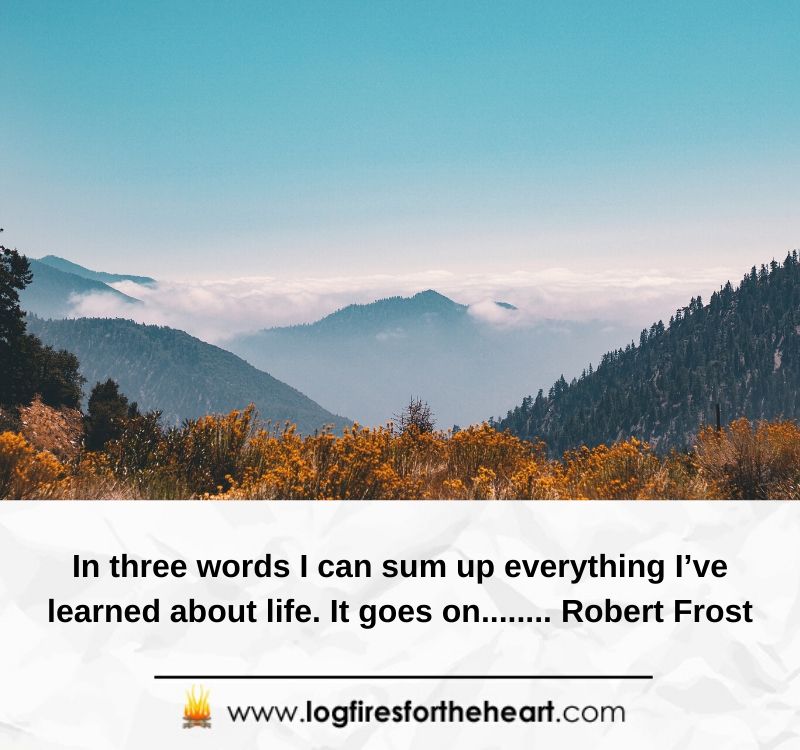 3).  In three words I can sum up everything I’ve learned about life: it goes on…….. Robert Frost

Robert Frost: He was an American poet, who was born in San Francisco, California. His work centered around rural life in New England. He is the only poet to win four Pulitzer Prizes for Poetry and was awarded the Congressional Gold Medal in 1960. 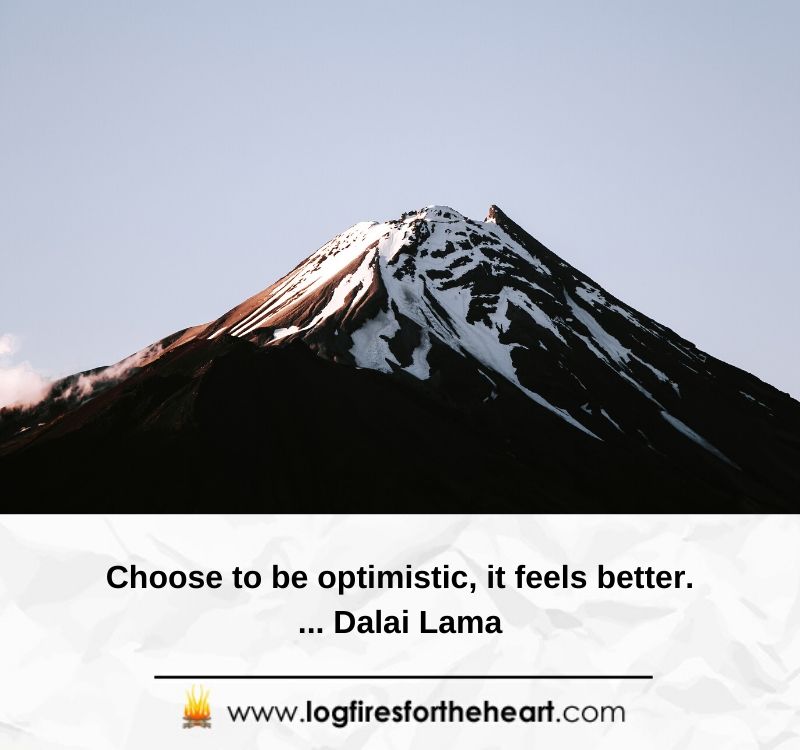 4).  Choose to be optimistic, it feels better……. Dalai Lama

Dalai Lama: He is a winner of the Nobel Peace prize and the religious and political leader of the Tibetan people.  His favorite verse is “For as long as space endures and for as long as living beings remain, until then, may I too abide  to dispel the misery of the world” 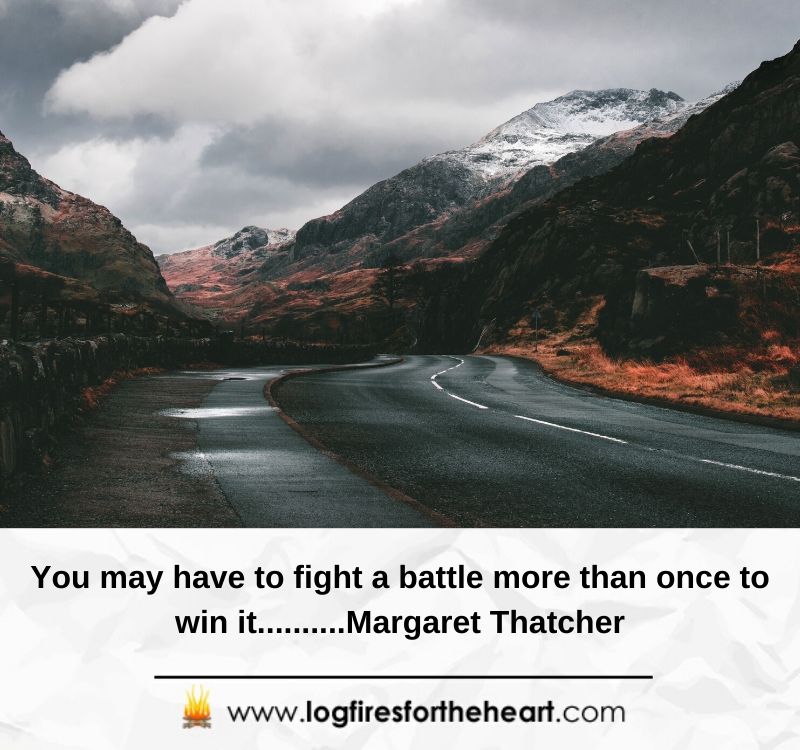 6).  You may have to fight a battle more than once to win it……….Margaret Thatcher

Margaret Thatcher: She was was a British stateswoman was born in Grantham, Lincolnshire in England. She served as the Prime Minister of the United Kingdom from 1979 to 1990 and was the first woman to do so. 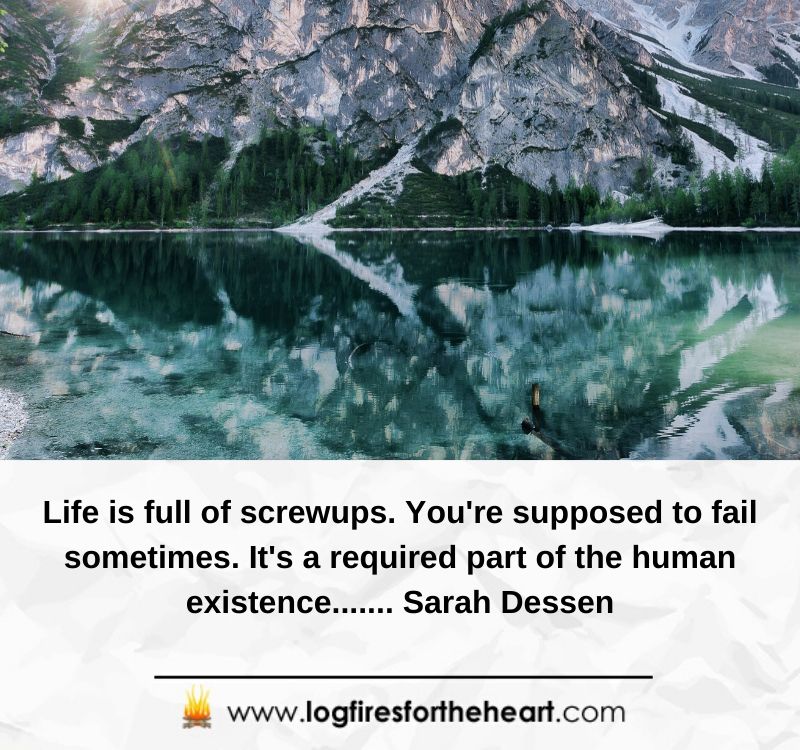 7).   Life is full of screwups. You’re supposed to fail sometimes. It’s a required part of the human existence……. Sarah Dessen

Sarah Dessen:  She is an American novelist who was born in Evanston, Illinois. She attended the University of North Carolina-Chapel Hill,  where she graduated with honors.  She won the Margaret A. Edwards Award and her novels have also been featured in the ALA’s Best Fiction for Young Adults. 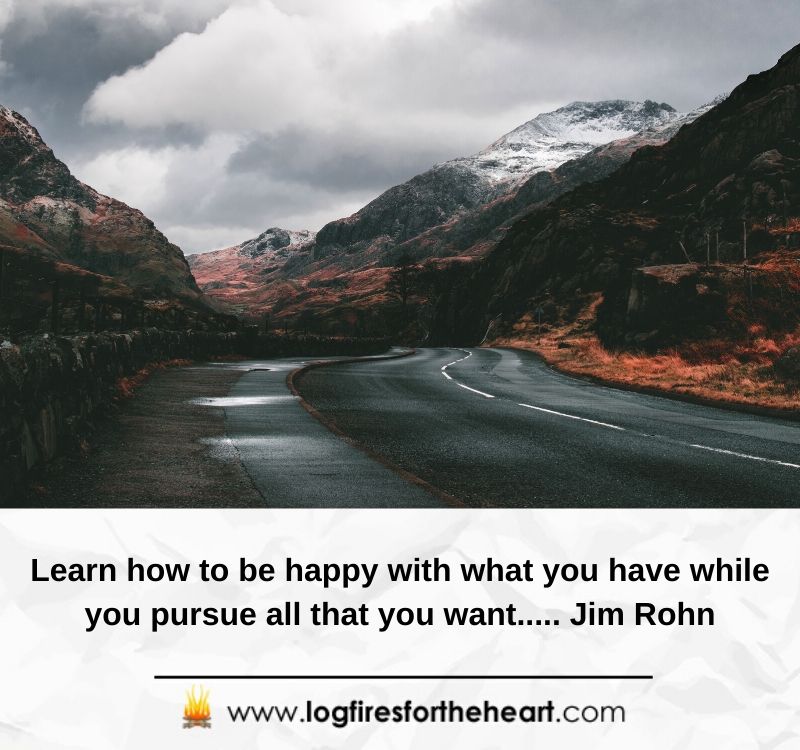 8).  Learn how to be happy with what you have while you pursue all that you want….. Jim Rohn

Jim Rohn:  He was a philosopher, motivational counselor, and best-selling author, who was born in Yakima, Washington. He was recognized as one of the greatest motivational speakers of all time. 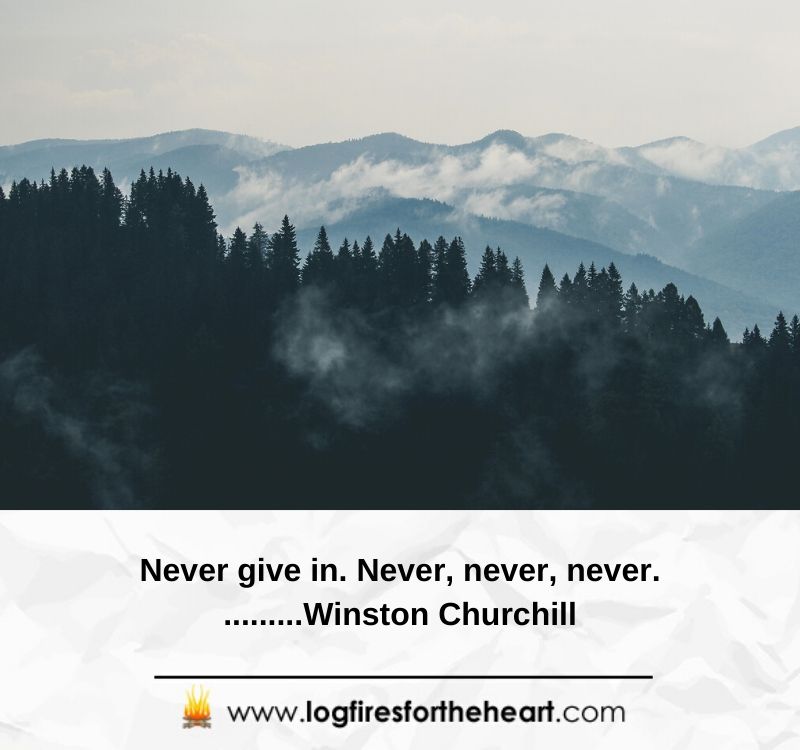 10).  Obstacles don’t have to stop you. If you run into a wall, don’t turn around and give up. Figure out how to climb it, go through it, or work around it…… Michael Jordan

Michael Jordan: He was born in Brookland, New York in 1963 and is a former famous basketball player. He is now recognized as being one of the greatest players in his sport of all time. 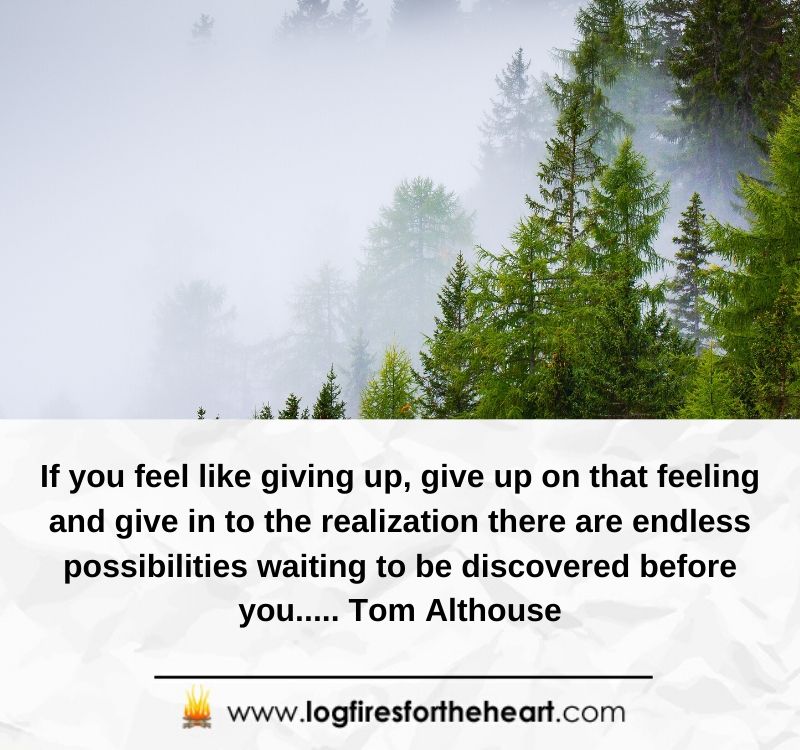 12).  If you feel like giving up, give up on that feeling and give in to the realization there are endless possibilities waiting to be discovered before you….. Tom Althouse

Tom Althouse: He is an award-winning Maui based actor and writer, who has been involved in the performing arts community since 1979. He is now developing original new theater works for both adults and adults. 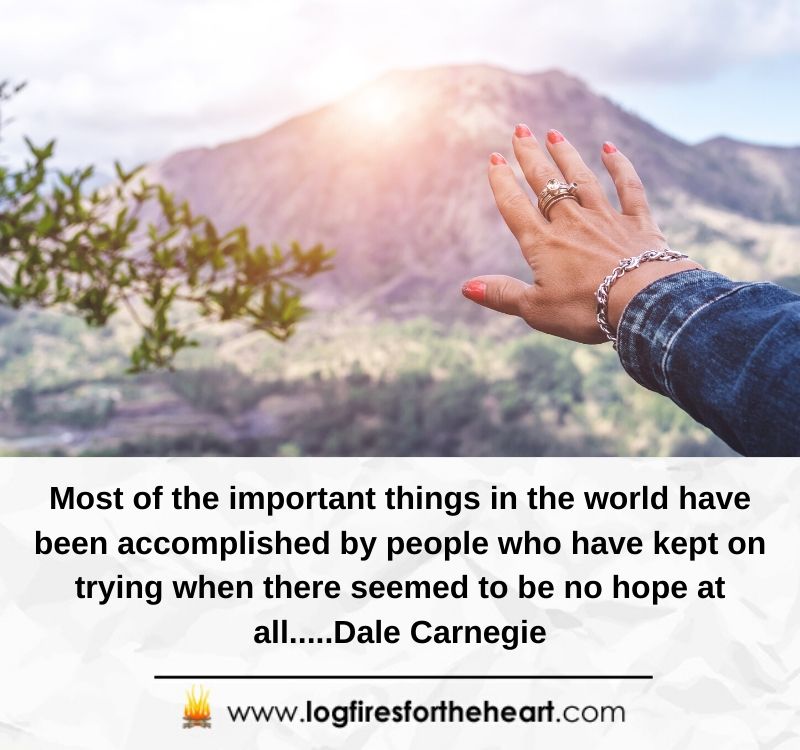 13).  Most of the important things in the world have been accomplished by people who have kept on trying when there seemed to be no hope at all…..Dale Carnegie 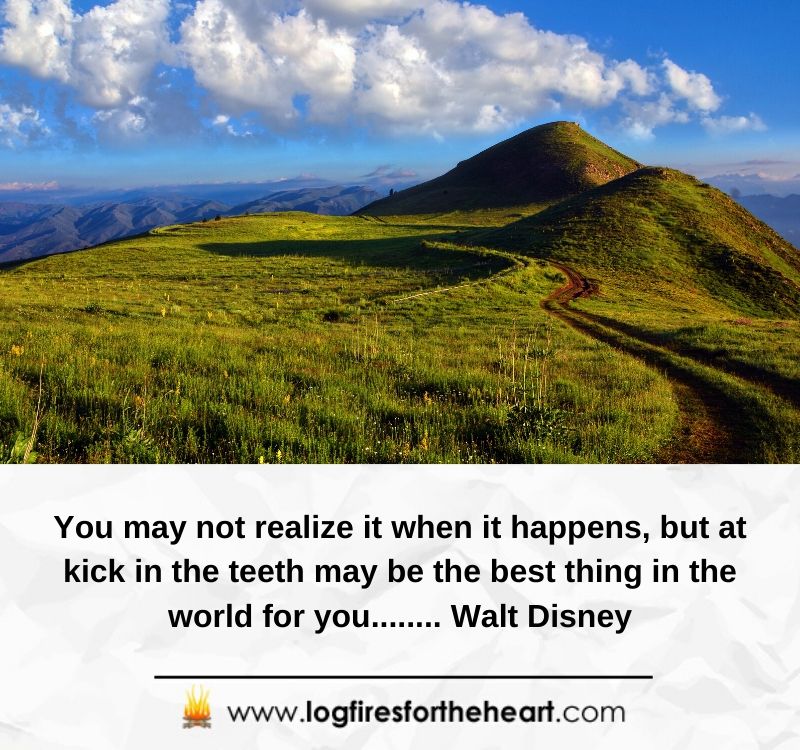 14).  You may not realize it when it happens, but at kick in the teeth may be the best thing in the world for you…….. Walt Disney

Walt Disney: He was an American entrepreneur, animator and film producer, who was born in Chicago, Illinois. A pioneer of the American animation industry, he holds the record for most Academy Awards. 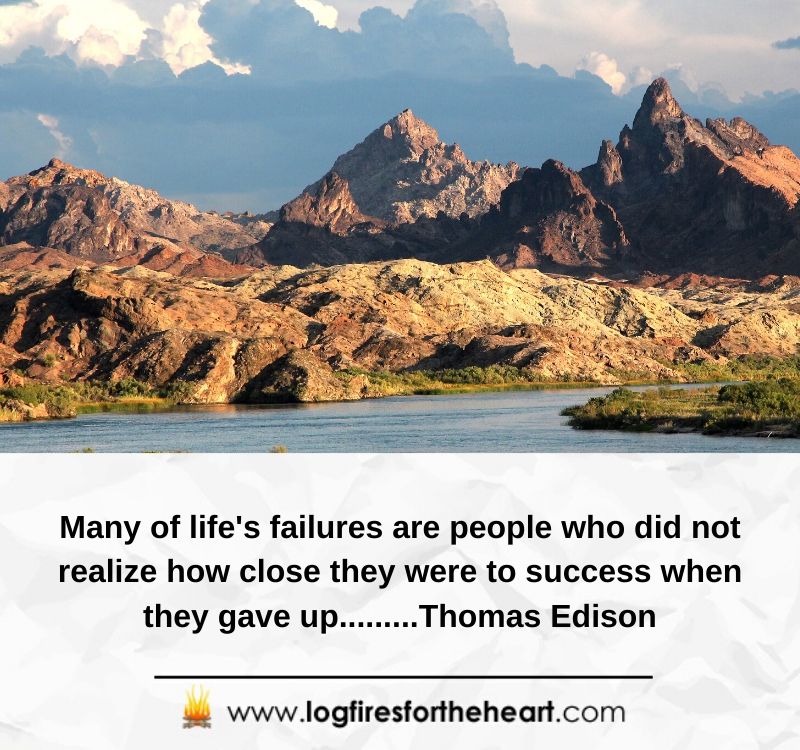 15).  Many of life’s failures are people who did not realize how close they were to success when they gave up………Thomas Edison

Thomas Edison: He was an American inventor and businessman, who was born in Milan, Ohio. He has been rightly described as the greatest inventor in American. His inventions covered important areas such as communication, electric power and motion pictures. 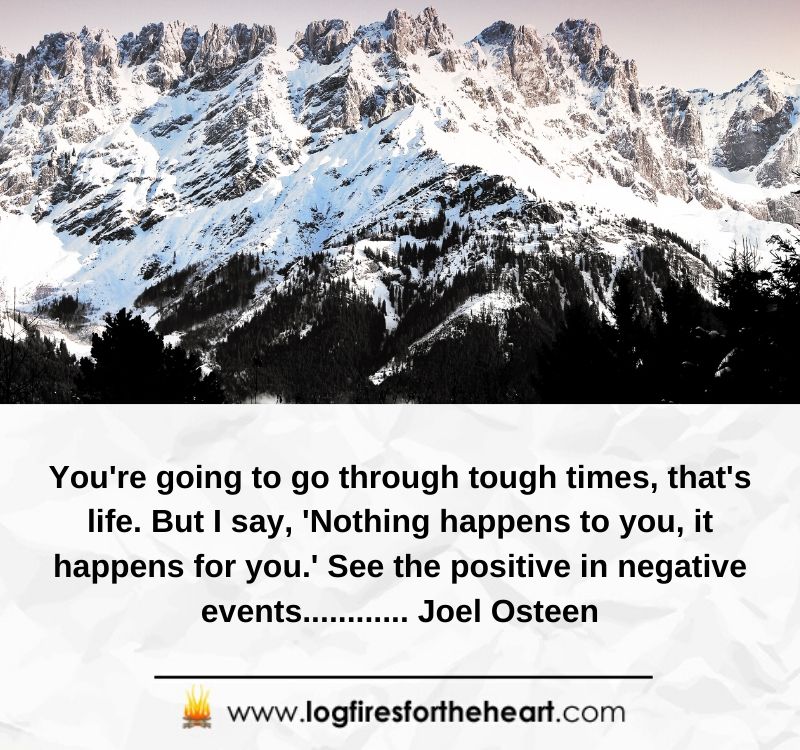 16).   You’re going to go through tough times – that’s life. But I say, ‘Nothing happens to you, it happens for you.’ See the positive in negative events………… Joel Osteen

Joel Osteen:   He is an American pastor and author, who was born in Houston, Texas. His books have been ranked number one on The New York Times Best Seller list. 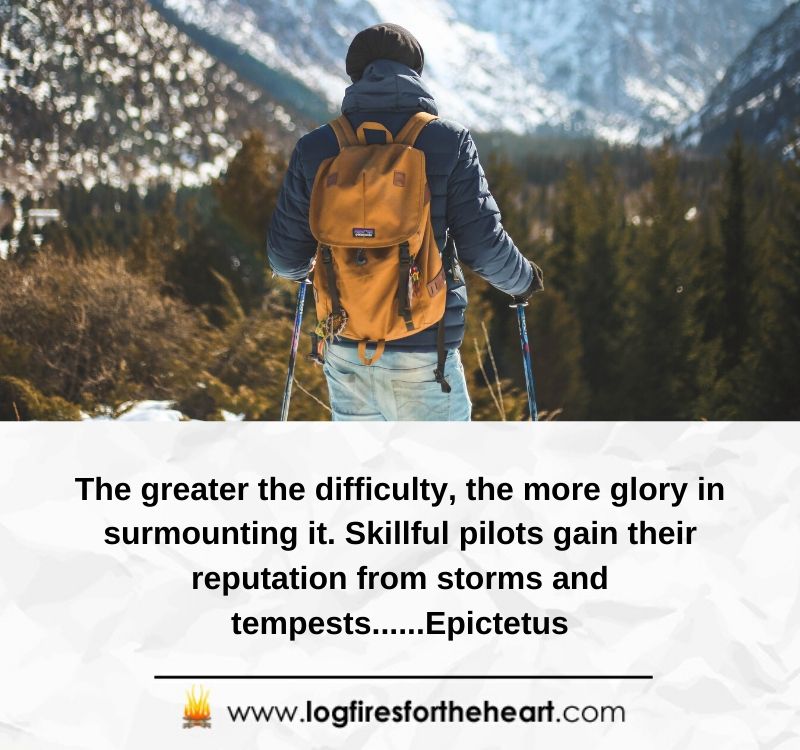 17).  The greater the difficulty, the more glory in surmounting it. Skillful pilots gain their reputation from storms and tempests……Epictetus

Epictetus: He was a Greek Stoic philosopher who was born in Hierapolis, Phrygia. He published his teachings in his Discourses and Enchiridion. 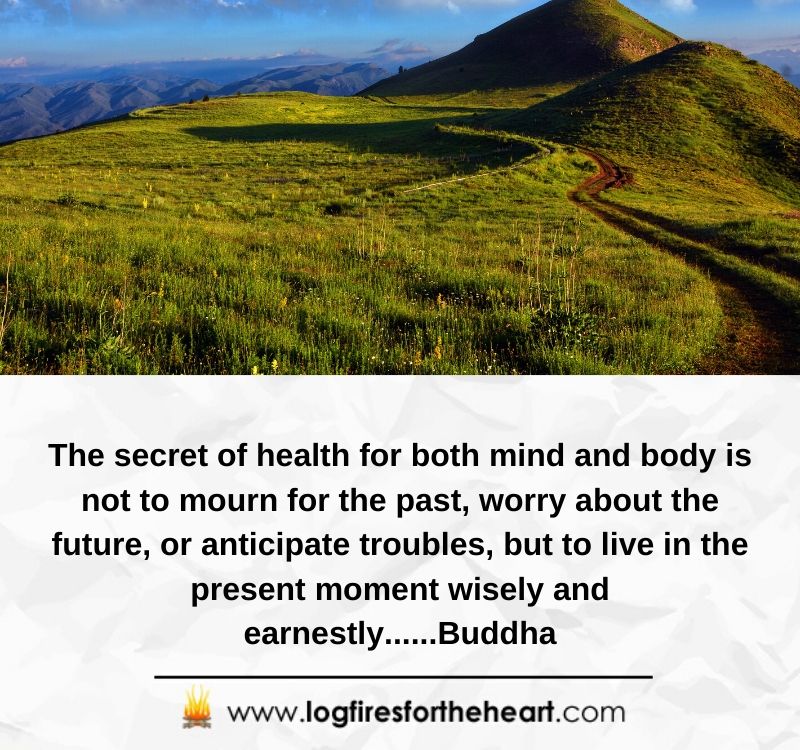 18).  The secret of health for both mind and body is not to mourn for the past, worry about the future, or anticipate troubles, but to live in the present moment wisely and earnestly……Buddha

Buddha: Siddhārtha Gautama was born in Lumbini, Shakya Republic and is recognized as the primary figure in Buddhism. Known as the Buddha, he was a monk and religious leader on whose teachings Buddhism was founded. 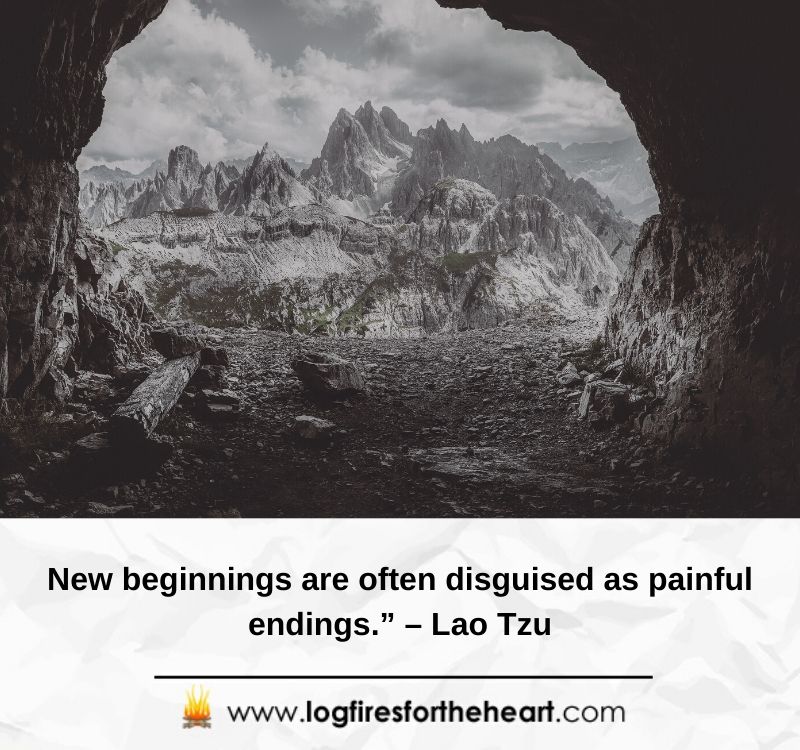 Lao-Tzu: – Lao Tzu (6th century BC) is believed to have been a Chinese philosopher and the reputed author of the “Tao te Ching,” the principal text of Taoist thought. He is considered the father of Chinese Taoism. 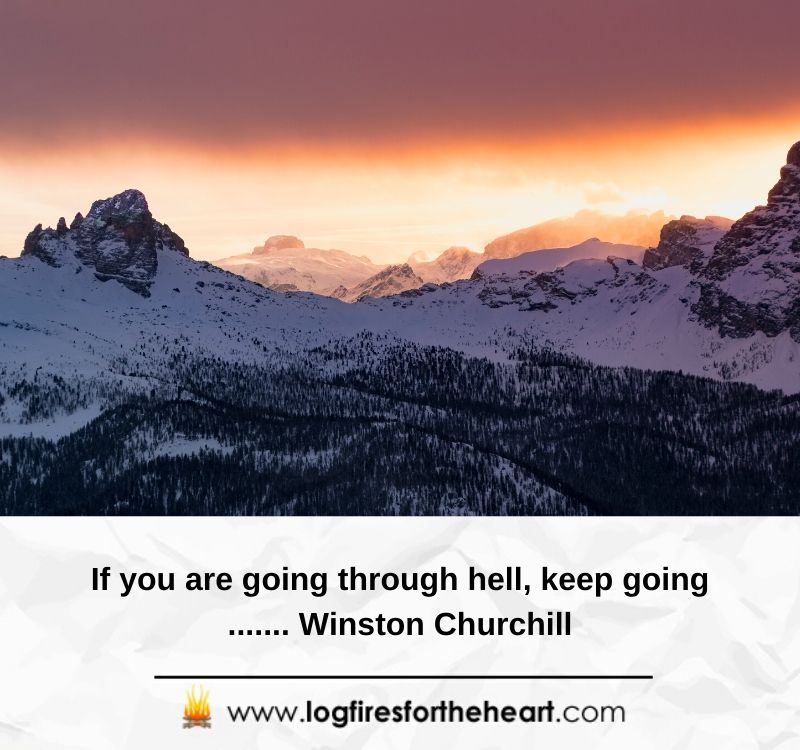 20).  If you are going through hell, keep going……. Winston Churchill 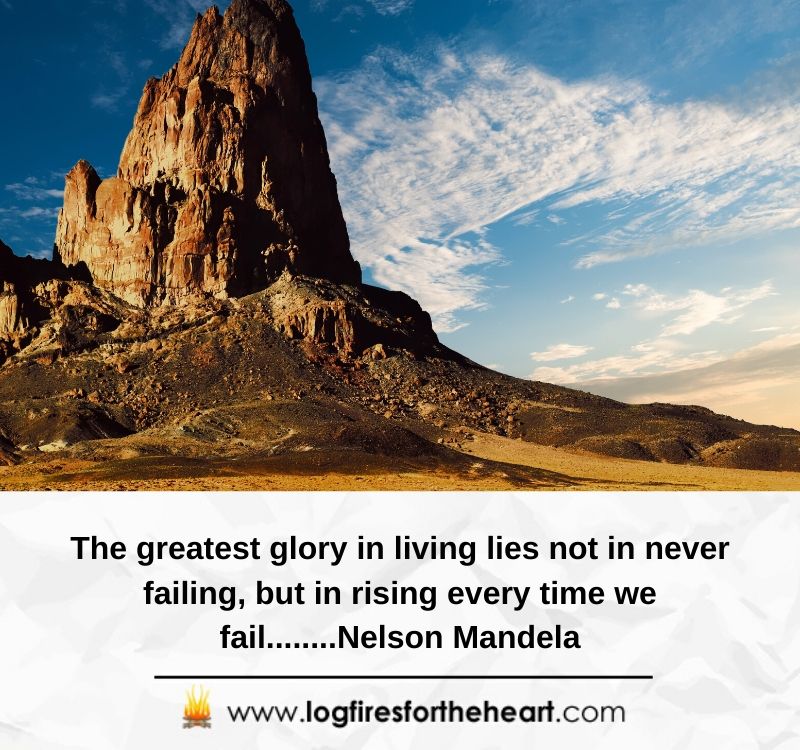 21).  The greatest glory in living lies not in never failing, but in rising every time we fail……..Nelson Mandela

Nelson Mandela.  – He was South Africa’s first black head of state and the first elected in a fully representative democratic election and served as President of South Africa from 1994 to 1999. He was also an activist for peace and a philanthropist. 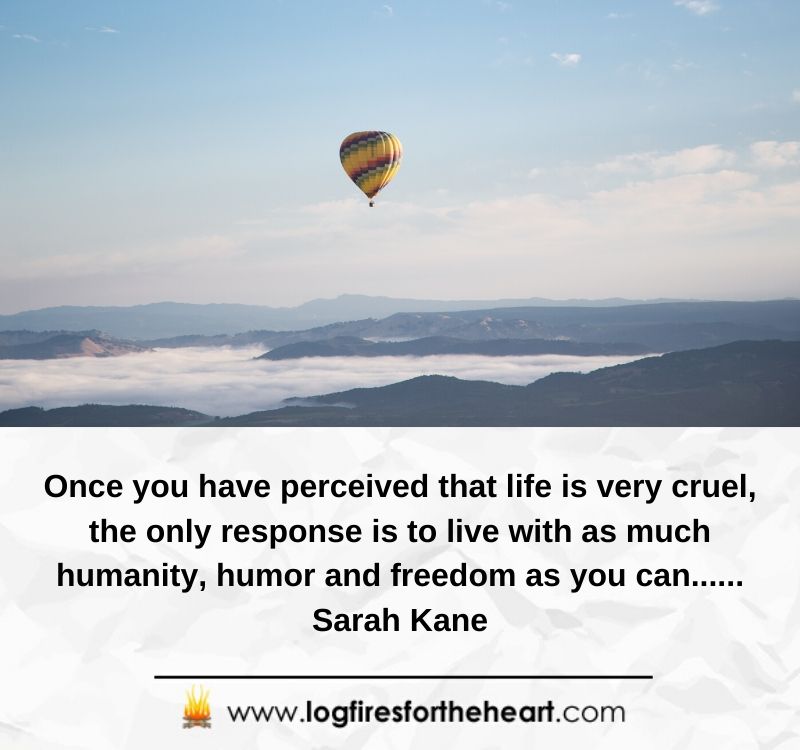 22).  Once you have perceived that life is very cruel, the only response is to live with as much humanity, humor and freedom as you can…… Sarah Kane

Sarah Kane:  She was an English playwright who was born in Brentwood, Essex, England. Her plays deal with redemptive love and pain. 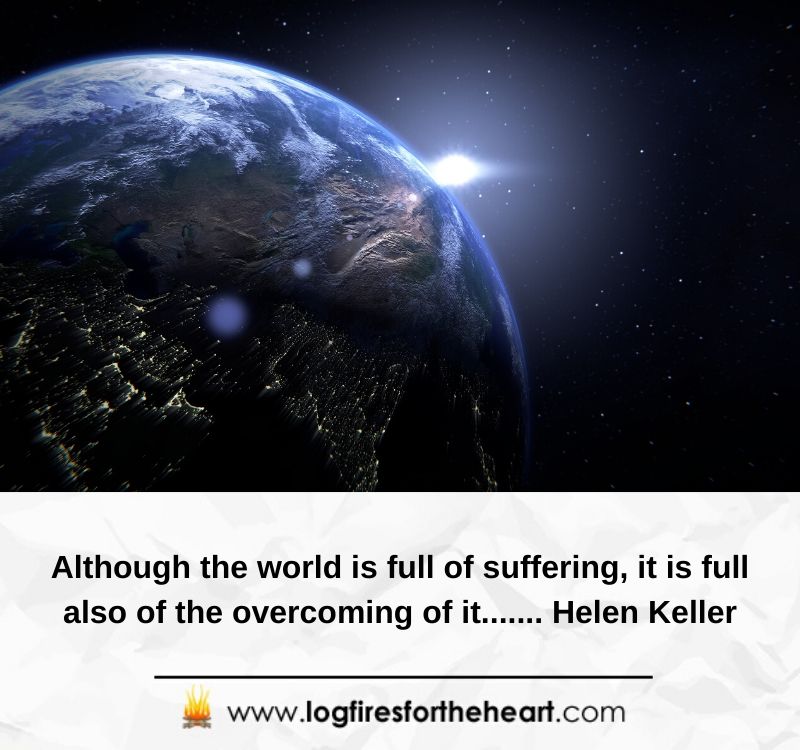 23).  Although the world is full of suffering, it is full also of the overcoming of it……. Helen Keller 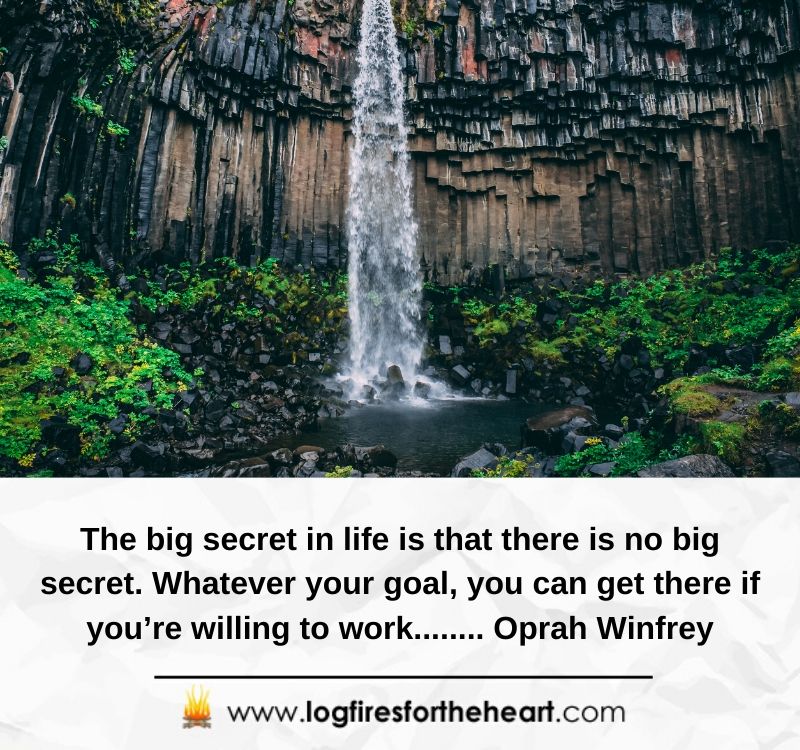 24).  The big secret in life is that there is no big secret. Whatever your goal, you can get there if you’re willing to work…….. Oprah Winfrey

Oprah Winfrey:  She was born in Kosciusko, Mississippi and rose from nothing, to become the richest African American woman of the 20th century.  She is now one of the most powerful women in the world, a millionaire in her thirties, a great philanthropist, but it must be remembered that she started out with nothing. 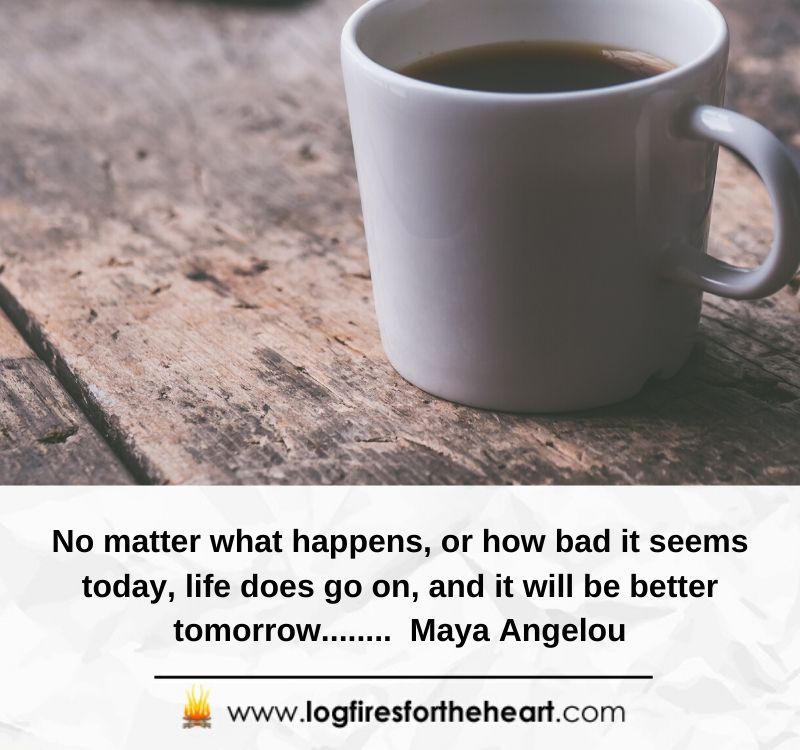 25).  No matter what happens, or how bad it seems today, life does go on, and it will be better tomorrow……..  Maya Angelou

Maya Angelou: She was an American author, poet, singer and civil rights activist, who was born in St. Louis, Missouri. She is best known for a series of autobiographies, which brought her fame and international recognition. 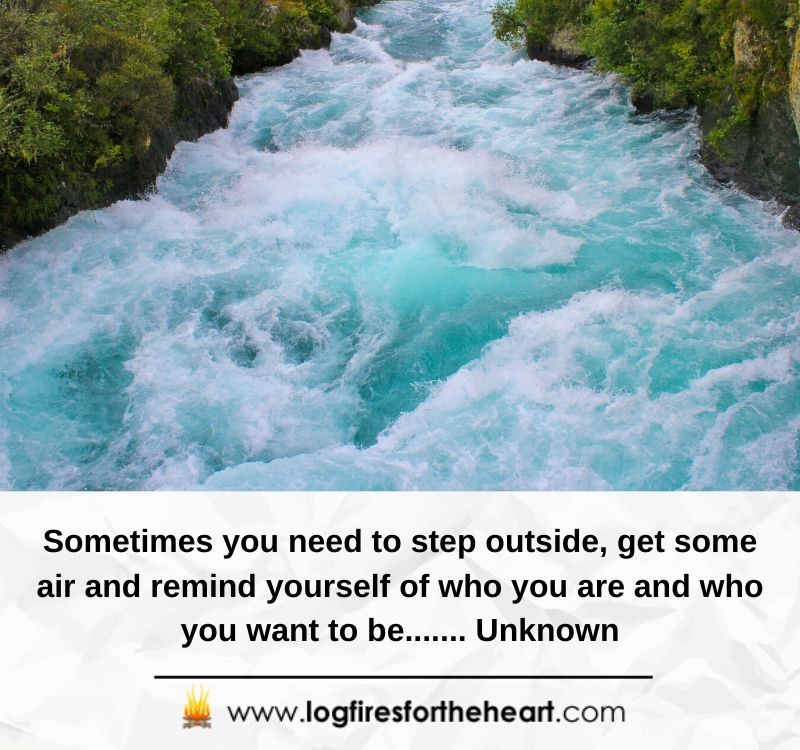 26).   Sometimes you need to step outside, get some air and remind yourself of who you are and who you want to be……. Unknown 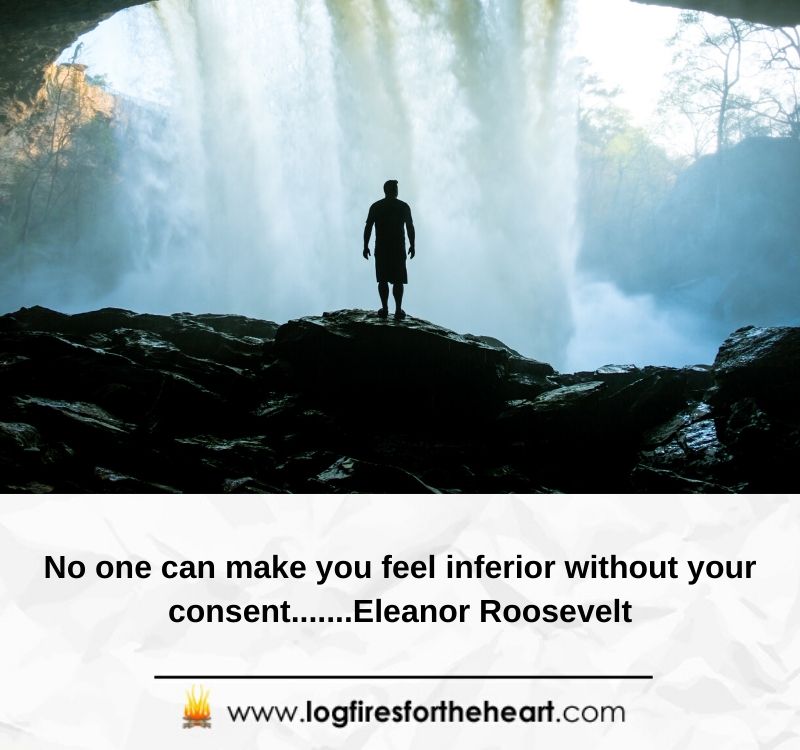 27).  No one can make you feel inferior without your consent…….Eleanor Roosevelt

Eleanor Roosevelt: – She was born in 1884 in Manhattan, New York City and is recorded as being First Lady to have served the longest period in the USA with her husband Franklin D Roosevelt.

She was always a champion of the underdog, especially when it came to human rights such as racial. She commanded such deep respect and admiration for her work and support for organizations such as the United Nations. 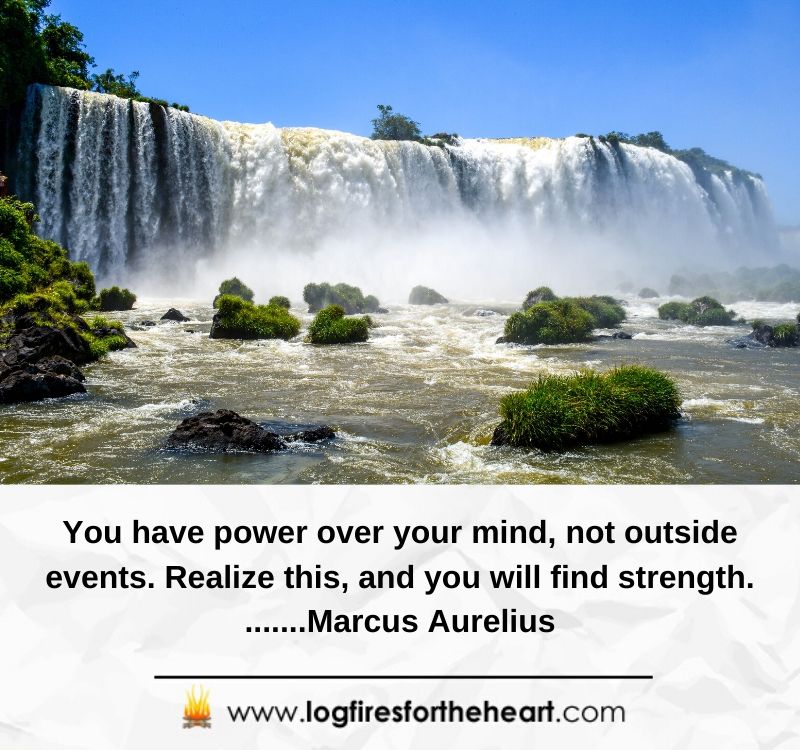 28).  You have power over your mind, not outside events. Realize this, and you will find strength. …….Marcus Aurelius

Marcus Aurelius: He was a Stoic philosopher, who was born in Rome. He was the last emperor of the Pax Romana, which was an age of stability and peace in the Roman Empire. 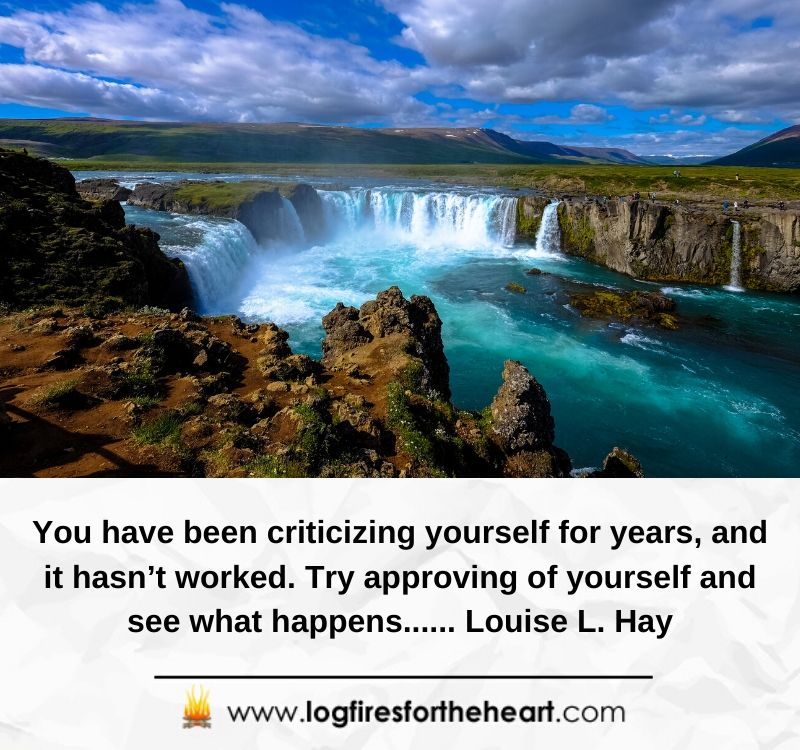 29).    You have been criticizing yourself for years, and it hasn’t worked. Try approving of yourself and see what happens…… Louise L. Hay

Louise L. Hay:   She was an American motivational author, who was born in Los Angeles, California. She was the founder of Hay House and has authored several self-help books.

We do hope that these uplifting quotes for difficult times can help you in some way especially during these unprecedented and uncertain times.

>>> Please Click Here To Check Out Our  Recommended Products >>>